From The TMS Wiki
(Redirected from Breaking the Pain Cycle, by Alan Gordon LCSW)
Jump to: navigation, search 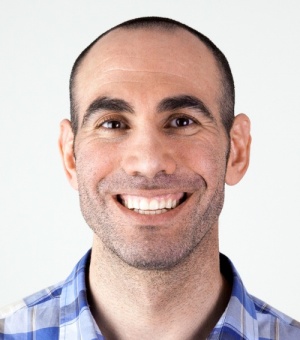 Alan Gordon LCSW
This article is for those of you who have had the following thought: “I’ve tried to look at my pain psychologically, I’ve addressed some of the underlying emotions, why isn’t my pain going away?”

There’s a short answer and a long answer.

I’ll start with the short answer: PPD pain has an underlying purpose of preoccupation. The preoccupying behaviors serve to reinforce the pain, thus perpetuating the cycle.

Unless you read behaviorism treatises in your spare time, this probably means nothing to you; but here’s the gist: the way to eliminate or significantly reduce your pain is to break this cycle of reinforcement.

If you attempt this, I can tell you two things: 1.) There’s a good chance you’ll get rid of your symptoms, 2.) It’s really hard.

I want to start off with a couple examples of the way reinforcement works.

If you give a rat a food pellet whenever he runs on his wheel, you are reinforcing that behavior. His little rat mind will think, “Every time I run on the wheel, I get food. Food is good. I’m going to run on the wheel some more.”

This works with people too. If you give candy to a toddler every time he throws a tantrum, you are reinforcing the tantrums. The kid learns, “If I throw a tantrum, I get candy,” and the behavior will continue.

This is what’s going on with your pain. Though you’re likely unaware of it, your pain is being reinforced dozens of times per day. And like our tantrum-throwing toddler, if a behavior gets reinforced, it will continue.

So the question is, how is the pain being reinforced? What is the reinforcing agent?

Because (in most cases, at least) the purpose of the pain is to preoccupy or distract you from painful unconscious emotions, then anything that leads to preoccupation will serve as a reinforcer.

There are two main vessels for preoccupation: fear and attention. Your mind originally introduced the pain in an attempt to preoccupy you. Every time you feel fear related to your physical symptom, and every time you pay attention to it, the pain is being reinforced.

Fear and attention. These two things are the fuel for your pain.

Most of you have likely had the following thoughts at some point:
“Will this pain ever go away?”
“Remember how great life was before the pain started?”
“Wait- is it better or worse than it was yesterday?”


Each time you think about your pain, feel frustration over it, monitor it, rue its very existence, the part of your mind that created your pain is getting exactly what it wants. Preoccupation. You are fully, unequivocally preoccupied. Your mind goes to the pain 20 or 50 or 100 times per day. You monitor it, you fear it, you focus on it, you wonder if it’s going to hurt if you wear those shoes, you wonder if the party you’re going to is going to have comfortable chairs, you think, “How am I ever going to have kids if I can’t even lift them?” Your mind is a relentless machine, churning out thought after thought and fear after fear with one singular focus: the pain.

And your mind has gone to the pain so many times for so many days or weeks or years, it has become a habit. And habits are hard to break.

But you can break it. And when you do, when you take away its fuel source, the pain will lose its power. Like a car that runs out of gas, it will eventually peter out…

In the movie “The Wizard of Oz,” Dorothy and the gang were terrified of the almighty powerful wizard. But as soon as Toto pulled the curtain back, and they saw it was just a man, he lost his power over them.

I invite you to pull the curtain back. See what your mind is up to. See how desperate and persistent and clever it is at getting you to focus on your pain with this thought or that fear. Know that its goal, its ulterior motive is to terrify you or frustrate you or preoccupy you in some way; and make a conscious choice and a conscious effort not to buy into these thoughts. Take their power away.

I’ve heard Buddhist monks make the following analogy: a thought is like a train pulling into the station. You can either jump on board the train and let it take you somewhere else, or you can watch the train as it passes you by. Watch these pain-themed thoughts as they come up. They are your mind’s way of trying to keep you fearful of and attending to the pain. Know that these thoughts are trying to get you to jump on board, and take a stand against them; even laugh at them and their cleverness.

When you stop buying into these thoughts and fears, you’re cutting off the pain’s reinforcement. And when you stop reinforcing a behavior, the behavior loses its purpose.

I mentioned earlier that this is hard to do. It actually goes against one's very nature because of the power that pain can have over you; it’s a relearning process that takes time and practice.

I want to emphasize that I am not advocating that you attempt to ignore the pain. The pain itself is not the problem. It is the stories and emotions and fears and frustrations around the pain that is distracting you from painful unconscious emotions. The pain itself is simply a means to an end.

I’ve had clients tell me that when they succeed at no longer indulging in these pain-themed thoughts, they actually become somewhat indifferent to the pain. Of course it still hurts, but without all the fear and frustration, the pain loses a lot of its meaning.

When you reach this place of near-indifference, the pain is no longer serving its purpose, and will eventually fade. It is no easy task to attempt to become indifferent toward something that you care very much about, and is not something that can be achieved overnight. But by gradually taking away your pain’s power, you’ll likely see incremental changes, which will make continuing to do so even easier.

I want to add two caveats.

1.) There’s a phenomenon in behaviorism known as an “extinction burst.” When you stop reinforcing a behavior, you’d think that the behavior would just immediately stop. But they’ve found that that isn’t the case. When you stop giving the rat food pellets for running on the wheel, it actually runs harder and faster at first, before it stops running altogether. When you stop giving the two-year-old candy, his tantrums actually get worse before they go away. No one likes to lose a behavior that’s working, so there’s a little resistance once the reinforcement is taken away.

How is this relevant to the pain? Often when you take away the pain’s reinforcement (fear, attention, etc.) the pain gets worse before it goes away. The mind does not like to lose a defense mechanism any more than a toddler likes to lose his candy-getting behavior. So just know that if you stop reinforcing the pain and it starts getting worse, don’t panic, that’s just an extinction burst; it means you’re on the right track.

2.) Although I focused primarily on how to respond to the pain, I don’t want to minimize the importance of working through the underlying emotions. Often if you don’t work through these emotions, a new symptom will pop up that will serve to preoccupy you all over again.

One of the reasons breaking the pain cycle is so difficult is because the pain-related thoughts and fears are so persistent and relentless. So you must be too.

There’s a great story I often tell my clients that captures the importance of this. In the late 70s, Bob Marley was scheduled to perform at a peace rally in Jamaica. Two days before the rally he was shot by an unknown gunman. Despite his injuries, he showed up at the rally and performed for 90 minutes. When asked afterward why he didn’t skip the rally to recover, he replied, “The people who are trying to make the world worse don’t take a day off. How can I?”

Your thoughts and fears about the pain will not take a day off, how can you? Be disciplined, be persistent, commit yourself to pulling the curtain back on these thoughts, and break the pattern of reinforcement.

When you take away the pain’s power, it is a behavior without purpose. And its days are numbered.

Alan Gordon is a LCSW psychotherapist working in California specializing in the treatment of chronic pain. He has extensive experience working with TMS clients suffering from back and neck pain, RSI, fibromyalgia, IBS, tendonitis, pelvic pain, chronic headaches, and other pain disorders. Alan is the Executive Director of the Pain Psychology Center in Los Angeles, and is also on the board of the PPDA. He co-organized the 2013 clinical training for the treatment of mindbody disorders in Los Angeles and also chaired the organizing committee of the 2010 LA Mindbody Conference.