The Boston Chapter of the PPD/TMS Peer Network hosts an informal discussion group for people with PPD/TMS. It has been meeting once a month continuously since the summer of 2012. The group meets in a variety of locations in the Greater Boston area with the goal of supporting one another in recovering from TMS.

The purpose of the meetings are to 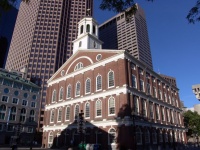 The Boston Support Group is on hiatus until the fall of 2013. Its most recent meeting was held on Wednesday, July 24th, 2013 6:30pm - 8:30pm in Brookline. For more information, send a private message to group organizer Forest.

TMS affects people all over the world, but there are only a couple of TMS in-person support groups. If you are interested in starting your own support group the PTPN is here to help you. For more information on how to do this visit Organizing a TMS Support Group.