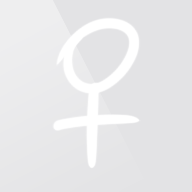 Hi, I'm new here and wondered if there is a support forum for those diagnosed with CRPS? I'm also confused about status updates vs stories Jan 27, 2021